How to keep your boat safe in a winter storm 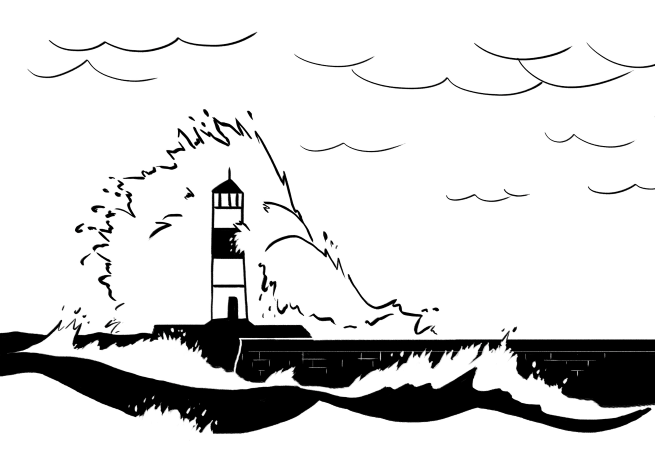 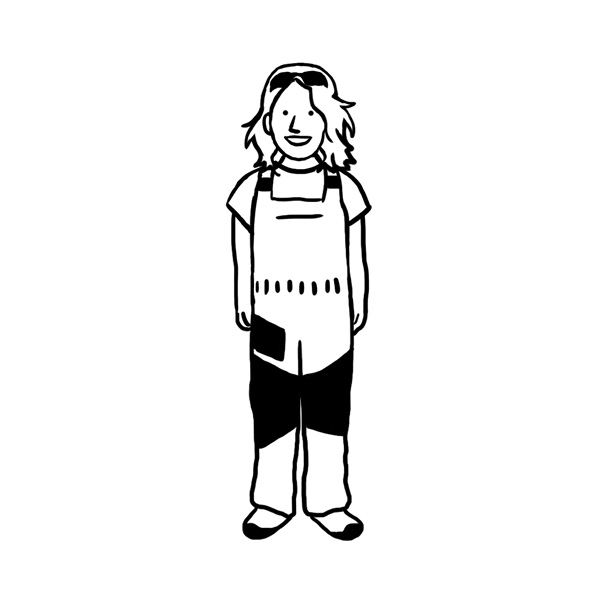 We have all heard of the seven P’s; prior planning and preparation prevents p**s poor performance, and this is never truer than when demonstrating good seamanship offshore.

Although in this day and age there is no real excuse for being caught unawares, I am sure it will still happen to all of us at some stage.  How we deal with a situation will reveal how much thought we put into what we would do in different scenarios to keep our boat and crew safe.

Ultimately, the best tactic or way to sail through a storm is to avoid it entirely… Storms are cold, wet, miserable, and highly dangerous out at sea.  They are a test of human endurance, and your resilience will be tested to its limit.  The natural elements range from huge swells to gusty winds, add to that mix an exhausted crew and it can be a perilous combination.

Weather forecasting has become so accurate that you can put a great deal of trust in the various weather models that are available.  Not all need to be paid for and there are a large number that are available free of charge which still provide a high level of confidence.  The forecasts can range in duration from two to ten days and will provide a good indication of what is to come.  If a storm or bad weather system is in bound, modern weather models will almost certainly give you the heads up.

Bad weather does not arrive without some warning signs from mother nature herself.  There will be an increase in wind strength or sea state, letting you know what may be looming.  It is also worth watching the barometer as that is probably the most accurate way of ascertaining how close the storm system is to you.  The faster it drops, the bigger punch the storm is likely to have.

I have had many storms to weather in my sailing career, but there are two that really stick with me.

During the Vendee Globe as I approached Cape Horn, the forecast for the four days leading up to my rounding was looking bad.  All the models were aligning, and the barometer concurred – there was no doubting that the weather was going to hit just as I reached Cape Horn and it wasn’t going to be pretty.

Cape Horn is the point where the whole of the Southern Ocean tries to fit through the smallest gap between South America and Antarctica.  It is renowned for being a violent stretch of chaotic water, frequented by icebergs, huge waves and plagued by gale force winds.  A call came in from the Race Director to say I should stop racing and hold for the storm to pass.  This is unheard of in professional racing, but I was not alone as two other competitors were also held back with me in the same location.  We were all given the same information and checked in with each other to make sure we were not hallucinating.

I was in the middle of the low-pressure system at Cape Horn. The wind dropped to just 15 knots, and I took the opportunity to get busy, charging my batteries, putting a deep reef in my mainsail and getting my storm jib up ready for the conditions once I started racing again. I did not heave to or deploy a sea anchor. With small sails up for the conditions I was not travelling very fast and with the sails eased I just pottered along barely moving in the right direction. I ate a hearty meal and waited it out. When I felt ready and the barometer had levelled out, I started moving back into the Atlantic and out of the Southern Ocean. The wind increased to 55 knots which, although sounds a lot, was nothing I had not experienced before, and my boat was prepared for such conditions.  We were informed that the wind speed recorded across Tierra del Fuego, the land mass at Cape Horn, had hit 85 knots. Proof, if it were needed, that pausing to avoid the worst of the weather was the right thing to do in this instance.

Whilst at sea, not all boats have the necessary speed to avoid incoming weather or change course quickly enough to avoid the worst side of a low-pressure system.  Occasionally this means that you have no option but to batten down the hatches and prepare to weather the storm. While in the midst of the worst of the weather, it is important to remember that no storm lasts for ever and eventually it will pass. When fear takes hold, it is worth reminding yourself that you will come out the other side if you have taken all the necessary precautions.

If and when you do get caught, your most immediate problems are likely to be loss of visibility and dealing with high winds. Depending on your location, this may also include rapidly building seas. As with my situation at Cape Horn, how you react and what you should do depends on the size of your boat and the type of body of water you are on.

The second memory was during my voyage round the world against the prevailing winds and currents when I encountered secondary low after secondary low-pressure system. These are severe cells that can really pack a punch and deliver seemingly endless and relentless storms. 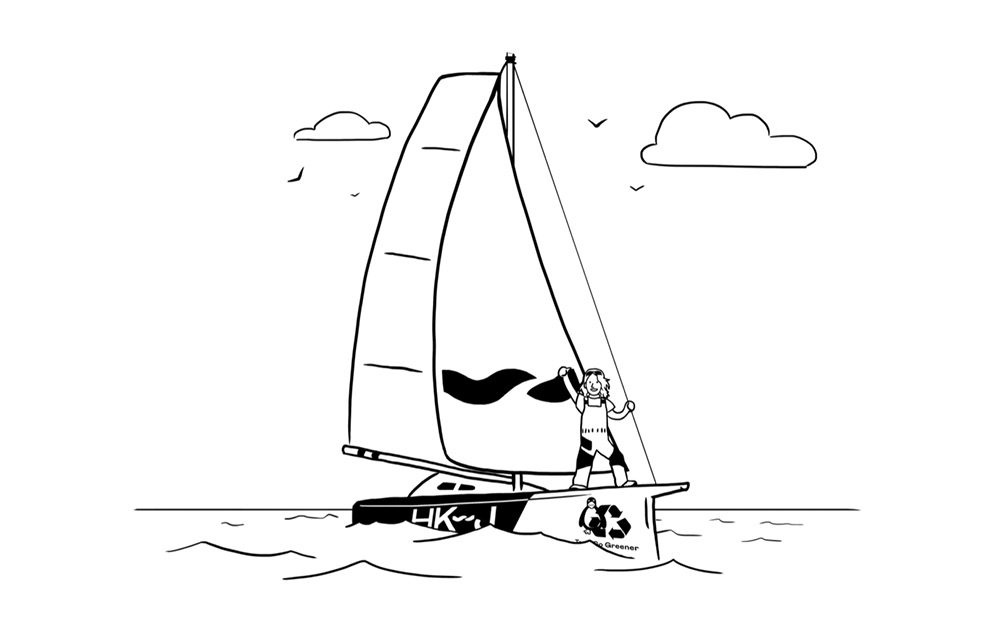 To avoid the worst of the weather, I needed to sail through the sector that was the least harsh, which often meant sailing south of the system and resulted in me being very far south in the Southern Ocean.  The alternative, given I was sailing against the prevailing winds and currents, would have been to battle through boat breaking conditions.  Not a good idea for the boat or me. I remember not getting far enough South for the first system I encountered and ended up sailing through the middle of the storm cell. As I got closer to the middle, the wind speed dropped and, to keep sailing, I changed sails accordingly. Only once I had gone through all my reefs, back to full sails and a big headsail did I realise that I had only passed through the middle and now had to repeat the process in reverse as I was heading back into building weather on the other side of the system. It was an exhausting lesson learnt and not something ever to be repeated.

It helps to avoid being near to a lee shore or land mass of any kind. Open ocean provides more sea room to manage your boat. Even if for a short time you need to travel in the wrong direction it is sometimes worth it to give a safer ride to the boat and crew. The power of the waves will be immense and how you drive with them is key. Some drivers will be better than others. Historically we used to read books on lying ahull, dropping the sails and letting the boat drift at the mercy of the waves with the helm fixed.  Thankfully this is not standard practise anymore.  While we want to remain safe, often having some form of steerage is better for all involved.  Storm sails have improved, and boat preparation has given people more confidence.

Storm sails give the boat balance and protect the other sails for use again after the storm. Changing to these sails in good time ahead of the storm is critical, otherwise you will find yourself doing more damage to the sails when going about the business of changing them mid-storm than if you left them up. Inevitably the longer you wait when the wind is increasing, the more difficult the sail change is no matter what sail change you are doing. Practise so you know how they fit and make sure you change sail early to save yourself hardship. Pick a course that feels easy on the helm and try to ensure you are heading away from the track of the storm (for the fastest exit!), and away from land or any obstacles, like shipping lanes or islands. Have your best drivers at the helm to help manage the conditions and keep everyone calm and confident. Minimise crew on deck, by only having two with the driver.  Anyone that is on deck needs to be clipped on.  Aim to ride the waves as best you can, this is survival and not performance time.

Preparation really is everything in these situations.  In the event that bad weather is imminent then make sure you have the storm sails ready, you have briefed the crew, so everyone knows the time scale likely before the weather worsens. When going into battle with a storm, make sure everyone has eaten a good meal, as cooking may get tricky in bad conditions or seasickness may prevent people from taking on the required energy. Have easy to eat snacks available and, if time allows, ensure everyone has some rest before the action begins. Secure equipment, do final checks around the boat, sponge out bilges to start the encounter as dry inside as possible and charge your batteries. Start in the best shape possible and, above all, never compromise on the safety of your crew, yourself or the integrity of the boat. 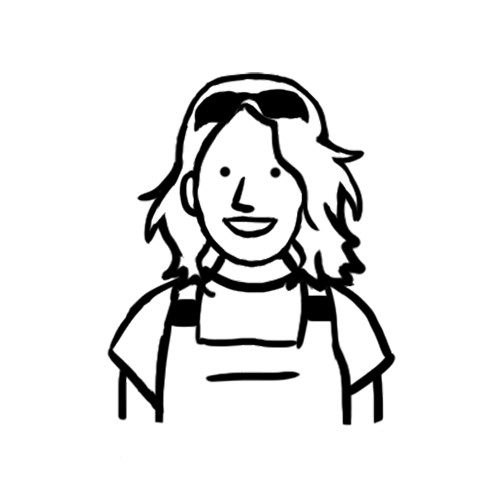 To date Dee has sailed around the world 6 times and recently recently led ‘Turn the Tide on Plastic’ – the first mixed gender youth team to compete in the Volvo Ocean Race 2017/18; with a strong sustainability message. Dee continues to highlight the vital importance of reducing our dependence on plastics.

Check out our recent Storm Webinar

Storms and boating don’t make the best combination. If a storm is forecast, it’s time to get to work! But, what should you be doing?

Watch our recent live webinar from Monday 31st January where our expert panel, Colin Stracey, RYA Yachtmaster Instructor and owner of Premier Sailing and Karl Davis (our very own Claims Manager), discuss how to plan for the worst, the best steps to take to minimise risks and what to do if you find things have gone awry, alongside the most common types of claims made following storms.

If you would like more information on the courses or sailing opportunities which Premier Sailing offer, please follow the links to read the brochures on “sailing courses offered”, “Capitals Race” and “Sail Round Britain”.  Alternatively, visit their website to find out more: www.premiersailing.co.uk.