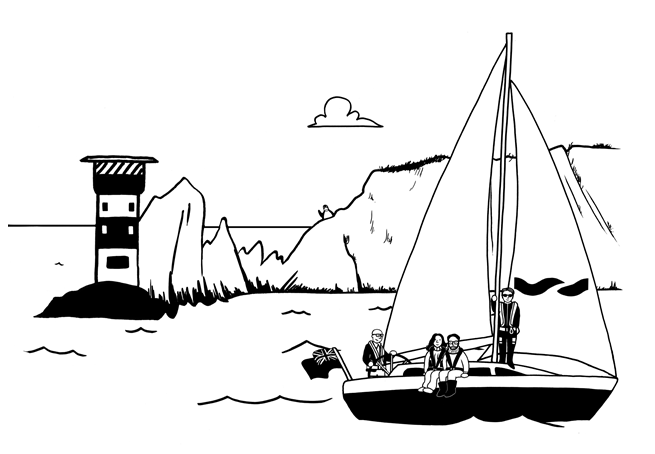 Champagne conditions welcomed the crews and skippers to the 2022 Taittinger Regatta held in Yarmouth and hosted by the Royal Solent Yacht Club.

The crew of ‘Haven KJ Enigma’ all arrived on the Friday afternoon ready for the crew reception at the Yacht Club sponsored by ………… did you guess? Taittinger Champagne. This set the weekend off to a fizzy start and all felt really welcomed by the club and started the sailing weekend with a bang.

Saturday morning was to be kind to the fleet, weather wise, as perfect sailing conditions were presented by the gods of yacht racing. The Saturday was set to hold two races and so, at 0900hrs, ‘Haven KJ Enigma’ slipped her lines and left the quayside to head out to the start line with all of the Black Regatta entrants. The start area was crowded once all the fleets got there and, one by one, the starts rolled out, excellently organised by the Royal Solent Yacht Club Committee Boat. Our 5 minute gun went and straight into action stations as, after warnings about being over the line, we decided to attack it from the off – and what a start – straight into clear air and off heading West to the windward mark far into the distance. Our attacking start continued as we headed up the beat and we rounded the windward mark first and headed down to set the spinnaker ready for the run downwind. Braving the angles we hoisted early and carried the kite down to the spreader mark before flying off down to the next mark. The course and conditions were kind to us and we ended up crossing the line with line honours and, after corrected time, a 1st position in the first race.

The crew then shared some amazing sandwiches made for us by crewmate Claire. Hearty food indeed for the hard-working crew and very much needed, especially when the conditions turned more challenging for the afternoon race with the wind increasing seeing smaller headsail for the afternoon. A wise decision as the wind continued to build through the afternoon race remaining from the South West.

Race 2 proved to be more challenging as the breeze picked up for the afternoon and the sea breeze kicked in. We had another great start which saw us in the mix as we headed up the beat. Throughout the race we were shadowed by ‘Mojitobelle’ and, after a tricky final leg which had us short beating up the island side of the course to try and stay out of a strengthening tide, ‘Mojitobelle’ stayed with us round the course and up the final beat to take both line honours and the first place leaving us with second after corrected time. All to play for on Day 2.

The Saturday evening was the traditional Towers Party and, after a hearty dinner, we headed off for some much needed musical distraction with the live band and maybe even a couple of libations

Sunday morning, the conditions were still great. The wind was still coming from the south west but stronger than the day before. . A slightly earlier start for the (mildly) jaded heads on ‘Haven KJ Enigma’ as we headed East up the Solent to the start zone. It was only one race today and a win would have seen us take top honours in the class. But, after some hasty mathematics, we realised that we could also win with a 2nd or 3rd depending how other results went for us. We absolutely flew off the start line again, some great tactics from Ian and Pete at the back of the boat which saw us lead the fleet at the windward mark again. Everything was looking peachy but was the gap big enough between us and the next boat to secure us that win. We rounded the windward mark, popped the kite straight up and raced away to the leeward mark, slowly dragging out an advantage. It was cat and mouse all the way round. ‘Haven KJ Enigma’ took line honours and then waited as we watched for when the boat behind us would cross the line. Had we extended out enough lead?

In the end ‘Mojitobelle’ was across the line second with a better time than us. However, a boat further back in the fleet was first on corrected time, ‘Mojitobelle’ second with ‘Haven KJ Enigma’ third and securing the win overall.

More sandwiches and a lovely cup of tea helped the crew get back to port safely and with smiles on their faces ready to celebrate with a bottle of something fizzy. 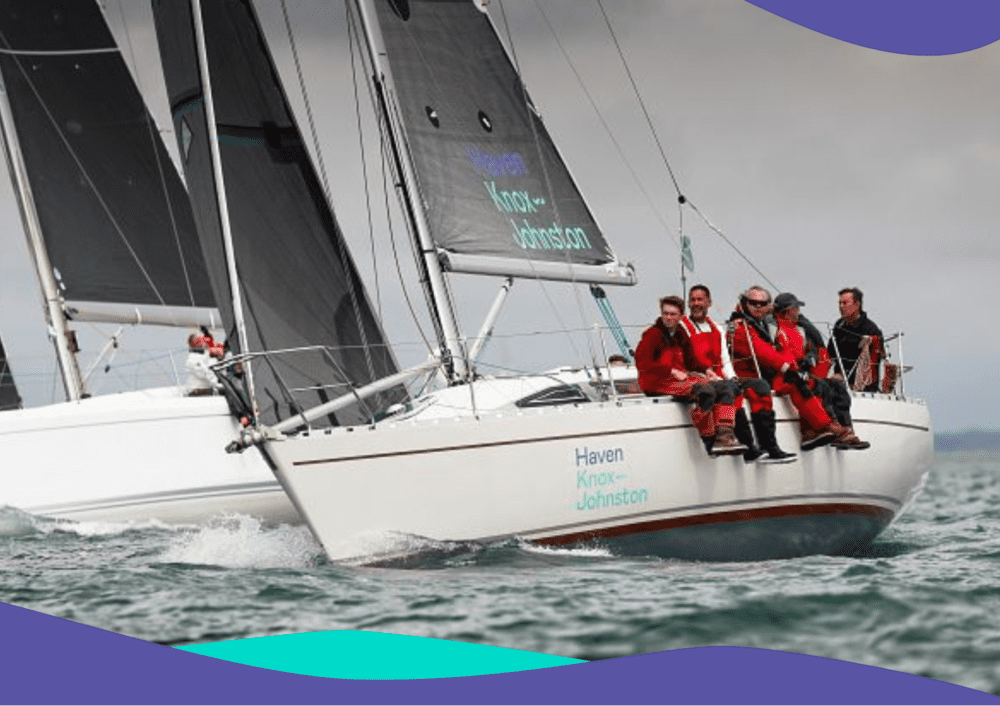 For enquiries, call us: